Everything You Should Know About Subscriber Reactivation

Everything You Should Know About Subscriber Reactivation

Each person who agrees to get email newsletters has their own expectations. In some cases they subscribe to get a purchase bonus, in other cases, to get quality content such as news, useful advice, stories. In any case, a subscriber took an interest that should be met. If that doesn't happen, they either unsubscribe or stop opening emails.

You should track the engagement of your subscribers, react to declines, and get them back to openings and purchases. To do this, you should launch a reactivation campaign.

Preface: Lifecycle of a Subscriber

Don't be surprised by the fact that within the first weeks people take more interest in your emails, and after a while, their interest declines.

In a life cycle of a subscriber there are four stages:
1. Active users are the ones who have just appeared in the base, they take an active interest and open emails more often.
2. Mature users open the emails which are interesting to them and more or less know when and under which circumstances they will get an offer that will interest them. For instance, once a season our client SpaDream sells beauty boxes: emails that announce the start of sales are opened more often than ordinary promo emails.
3. Sleeping subscribers are the ones who have lost interest in the campaign but are still in the base. The difference between sleeping and mature subscribers lies in the fact that mature subscribers wait for specific emails and sleeping ones have lost their interest completely, but still do not unsubscribe for some reason.
4. Dead subscribers are invalid addresses.

Why Sleeping and Dead Subscribers Appear

1. Emails did not meet their expectations.
For instance, in the subscription form, a subscriber was promised emails about space discoveries but instead gets baby product promotions. It is natural that the users will either unsubscribe or stop opening the emails.
2. Interests have changed.
For example, a person subscribed for educational purposes to a website about modern medicine achievements, then after graduating from university he started working at a bank. Most likely, he will stop reading emails and, moreover, buying things.
3. A person initially entered an email that they use for different "stuff".
Probably, something was promised for the subscription and the content does not interest the subscriber.
4. A subscriber changed their email address
Let's assume, a subscriber used a work email address and some time later quit the job. Their inbox was deactivated and it became invalid.
5. Emails for a particular user go into spam, that is why they may look like a sleeping one.
6. A user has forgotten they subscribed.
Communication with a user should start with the moment they left their email address. A week later they may forget who you are and why you're sending them emails.

How Communications Help Miele Sell
Their Home Appliances Worth Millions

Your task is to prevent "sleeping" subscribers from becoming "dead". This is what reactivation can help with.

What Reactivation of Subscribers Is

A reactivation program is a series of emails to restore a user who used to be active and then stopped communicating - purchasing, opening emails, clicking.

Reactivation of subscribers is cheaper than attracting new ones because contacts in the base know you and at some point gave their agreement for getting emails. However, you will have to make an effort to get the interest back. It is the same as with your relatives: they saw you when you were little, now you should prove that you are mature and interesting and have something to tell them.

Why Reactivation of Users Is Necessary

1. To save money
Usually, the fees of the email service provider depend on the number of contacts in your base and the number of emails you send. If there are invalid addresses in your base and you send them emails, you overpay for the email platform. When you clean up your base, you save your money.
2. To earn more
‍When you revitalize "sleeping" subscribers and send them persuasive emails, you may get money from those, who would not have bought anything without reactivation.
3. To preserve the reputation of the sender
If your emails have a low opening rate, Google, Mail.ru, Yandex, and other email clients may mark your emails as spam. It will damage the reputation of the domain.

An Example of Reactivation Being Risky

Sometimes we get clients with a big subscribers base, for instance, 4 000 000 contacts. They have been collecting it for years, but have not sent any emails and want to start doing it now.

You can't expect effectiveness from such a base: over these past couple of years, a part of these addresses has become invalid, others have already forgotten they subscribed. Sending emails to these addresses is risky, because it may lead to many undelivered emails, spam complaints, unsubscriptions, it may result in a reputation decrease, email clients will always mark your emails as spam.

In these cases you should work with the base very carefully: clean up all the invalid addresses (for example, with the help of Xverify), then try to reconfirm the left ones in small portions - to send them an invitation once again and ask them to reconfirm their interest. After that, a great part of the base will be lost, but some part of the contacts will remain as your subscribers, and you will minimize the risk of falling into spam.

The best tactic is to start working with the contacts as soon as they appear in your base.

1. An Email With the Offer To Change Sending Frequency

Perhaps, you send so many emails that a subscriber can't catch up with them. Give them an opportunity to choose either how often they will get emails and what they will be about or to unsubscribe.

2. An Email With the Offer To Manage Their Subscription

For example, you have a children's clothing store, your subscriber has been with you for three years. More likely, they are not interested in goods for newborns anymore. Offer them to change the information about the items they are interested in.

3. An Email With a Question About Why a Subscriber Has Become Inactive

Don't be afraid to ask your subscribers straightforwardly what they dislike. Ask questions: why haven't you bought anything from us for a long time? Why don't you read our emails anymore? Such emails work well with the bases of subscribers who open emails but stopped buying. Probably, such emails will discover the problems you had no idea about: a complicated delivery, rude managers, etc.

4. An Email With a Gift or a Discount

Such emails are sent when a particular number of emails since the last interaction was left unopened. It is better to send two emails of this kind: the first email to inactive subscribers, the second email to those who have not opened the first one. These emails will help you to realize whether your subscribers are waiting for a good offer or if they have already become "dead."

When Is The Time To Reactivate Your Subscribers?

First of all, decide who you consider being a sleeping subscriber. It depends on the specificity of your company: people travel not as often as they buy clothes, so emails about special offers for accommodation booking will be opened less often than the ones with clothing sales.

Along with this, sending frequency also matters. If you send emails twice a week, then you may consider a person "sleeping" if they haven't opened anything for a month. If you have monthly newsletters, then you may start worrying if a subscriber hasn't opened your last three emails.

A subscriber should be reactivated when they have just started losing interest. A triggered reactivation chain will do the job.

A big mistake is to launch reactivation when you noticed a decline in the activity through the whole base, for instance, a 10% decrease in the opening rate. If changes are so noticeable, it is too late to do reactivation - sleeping subscribers have already forgotten about you.

To choose the proper conditions for sending reactivation emails you should realize what you are expecting from the campaign. There may be different objectives:
— To increase the opening rate;
— To boost sales by attracting the segment of subscribers who have not bought anything for a long time;
— To understand why subscribers stopped responding to the emails;
— To clean up the base.

There used to be situations when we set up reactivation for the subscribers who didn't open the emails and they started opening them again. Then it turned out that the client was not interested in "sleeping" subscribers, they wanted emails to stimulate clients to buy.

Let us imagine we have two objectives at once - to increase the opening rate and to stimulate users to buy. That is what our chain of thought looks like:

Reactivation campaigns are better done using several channels, but you will need information about subscribers for that.

If you have enough data, then the campaign will be a funnel shape. First, you send an email because it can transmit the greatest amount of information. If a client does not open the email, then you send him a mobile push-notification, then a web-push and a text message.

This process can be represented in a scheme like this:

If a person responded at one of the stages of communication, you should try to get them back into other channels too.

Keep This in Mind

— Do not collect addresses or send emails at once.
— Work with subscribers: the more you know about them, the more useful your emails may be.
— Attracting new subscribers can be more expensive than reactivation and vice versa.
— Automate the reactivation process.

A single email won't be enough, reactivation is a continuous process. 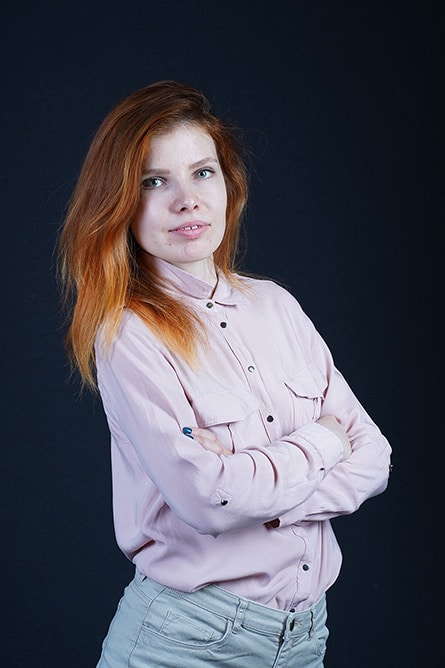