What No-code Development Is and Why It's a Promising Area

What No-code Development Is and Why It's a Promising Area

During the Apple Worldwide Developers Conference (WWDC) in 1997, Steve Jobs was asked whether visual programming has the future:

"The way you get programming productivity is not by increasing the lines of code for a programmer per day. That doesn't work. The way you get programming productivity is by eliminating lines of code you have to write.The line of code that's the fastest to write, that never breaks, that doesn't need maintenance is the line you never had to write. The goal here is to eliminate 80% of the code that you have to write for your app."

It's great if you can create an app on a visual builder, but it's also important to get rid of code in the backend. Today, new tools can not only create an interface but also build logic and integrate apps with one click of a button.

The conclusion is the following: no-code is not just a trend, it's a natural evolution of programming. This area is already being investigated by large corporations like Google Data Studio, Adalo, Mailchimp, and others. They develop no-code solutions for both regular users and companies.

If you still don't believe that no-code is worth your time, these facts may change your mind:

No-code and low-code developers will build 80% of all IT products, Gartner says.

The Origins of No-code

The modern IT world is constantly growing: all the routine processes and tedious tasks (managing docflows and tabs, video calls, etc.) tend to be automated.

Nowadays there are practically no areas left unautomated. Developers have started to automate their work as well: from simple integrations to website and app building.

Why You May Need No-code

Minimal coding or the absence of code can help:

Thanks to this approach, any ordinary user can create IT products now. Moreover, you save time and money not only on coding, but also on design, backend, and database development — there are no-code builders for all of them.

No-code tools are quite easy to understand. A user may need them for various purposes: for instance, to build their own app, game, or platform, publish them on the App Store, Google Play Store, or a website, and profit.

Even those who don't want to make this their job can make some money if they combine their hobbies and no-code technologies.

No-code tools help companies manage their IT tasks without hiring a team of developers: one person is enough for building a website, a chatbot, or an app in a couple of weeks.

That's why no-code is especially popular with small companies with limited budgets; hiring developers and IT consultants may be too expensive for them.

However, a large business can use the technology as well: it helps reduce the number of developers in a team leaving a greater budget for promotions and marketing. Also, one can use no-code builders to try out new technologies before starting production.

Where No-code is Used

1. In Your Daily Life

It's right here, on your iPhone. You can use the Shortcuts app to automate your routine processes with simple blocks and suggestions: for example, to send an automated SMS to your relative telling when you're coming home after you've left the office and are in traffic.

For instance, Mailchimp suggests one platform for creating and sending emails, building landing pages, posting on social media, and working on content. You can do all of this via the Mailchimp interface without coding.

Chatbots can manage some work of the support team: answer customers' questions, send notifications and updates on their own.

You can create one in a chatbot builder without a line of coding. All you have to do is to set up the algorithm of questions and answers, arrange the blocks, and save it. ManyChat is one of the most popular platforms that has a chatbot builder feature:

4. On Landing Pages and Websites

Any employee can create a website or a landing page using a website builder without a design team. Such platforms as Editor X, Webflow, and Tilda make it possible to build a single page or a full website with no HTML, CSS, or JavaScript knowledge. You can either create a website from scratch using blocks or modify an already existing template.

Along with websites and landing pages, these tools may have additional features: for example, an email newsletter.

If the builder doesn't have the elements you need, you can always write some code. This will be low-code, i.e. occasional coding.

This is a platform for building web and mobile apps without coding. You can create them from scratch or modify the templates you already have. Adalo is good for fitness centers, beauty salons, private health care facilities, or stores that need their own apps.

In Adalo, you can move blocks, arrange elements, choose their color, and customize the fonts.

When you have it ready, you can publish the app on the App Store or Google Play Store right from your Adalo account.

One more no-code web builder where you can create an interface using blocks that can be animated.

Just like Adalo, Bubble is perfect if you need an app for a gym, beauty salon, blog, or store, but it won't work well for games and native apps: in the former case, it won't do because the platform lacks the tools necessary for complicated graphics and physics; in the latter, the problem is that you can't publish the apps you've built on Bubble on Google Play or App Store.

However, you can sidestep the restrictions with the help of wrappers, such as Web View.

On this platform, you can design landing pages, websites, blogs, portfolios, online stores, and other SPAs. You don't have to do it from scratch; just change ready-made templates.

Also, a designer can add new elements and blocks, change or delete them — Webflow will write code automatically.

If you need to add custom elements, you'll have to use code.

This platform helps create server-side logic, manage databases, or set up an integration. No, you don't have to write code on Integromat, but you still need to know the programming basics. For example, you may come across mathematical or Boolean expressions, and in such cases, you need to understand their role.

You can create server-side logic via Integromat interface: for this purpose, you should move the spheres in the structure and write scenarios.

One more tool that creates server-side logic. No-coders use it to set up integrations when they want two apps to work together. Zapier has more than 3,600 apps available for integrations in its catalog.

This app helps work with tables, unite them, and even build apps based on them. A user-friendly interface makes the job rather easy. You can use Airtable even if you don't know a thing about IT.

This platform can replace backend developers.
Features of Directual:

To Mars and Back:
Our Email Campaigns for Mars Future Settlers

Why No-code Development is Rapidly Growing

A no-code developer who wants to build products for businesses should possess a basic knowledge of coding and logic programming. They need to be well-versed in types of data and operations, and also understand what machine learning is capable of.

What's the difference between working with a traditional programmer and a no-code developer?

Working With a Traditional Programmer

Since there are so many people involved, the cost of the project goes up.

Working With a No-code Developer

Here only one person is working on the project — a no-code developer; so the scope of the project is estimated faster. Also, you discuss the layout, additional features, and changes with a single person. As a result, the work takes less time.

It's estimated that the cost of services can be reduced by 7.5 times.

The analysts from Gartner concluded that by 2023 there'll be 4 times more no-code developers than programmers.

No-code startups raise multi millions in funding and analysts predict that by 2023 most IT products will be developed with no-code tools. That's why programmers should start studying no-code technologies now to be competitive in the market.

It won't kill the programming world nor will it make traditional developers lose their jobs. There will still be complicated tasks and tools that can't be managed with standardized sets and need coding. And, of course, there will be a growing demand for programmers who support no-code services. 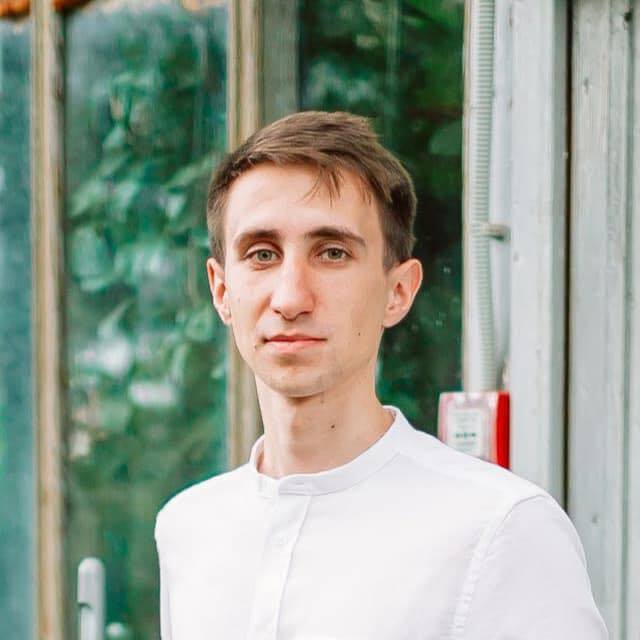