The amount of digital data has been increasing over the last five years — it's stored on our devices as well as in the cloud. This process stimulates discussions on cybersecurity and data privacy.

In this part of our interview series, we'll find out how innovations and major players in the digital market influence data privacy issues. We'll also tell you how to maintain cybersecurity and protect your data.

Apple Has and Continues to Set Cybersecurity Trends

Ivan Ilin, a co-founder of EmailSoldiers, noted that Apple is a company that can change people's patterns of behavior. For instance, when Apple started promoting the concept of users controlling their data used by marketers, people latched onto the idea. According to 9to5mac.com, in the fourth quarter of 2021, iPhone market share may grow to 23%. Apple has become an integral part of people's lives, and the company's data privacy principles have certainly influenced its popularity.

Today, after all these misuses of data by social platforms and the ever increasing data breaches, consumers are now more aware and want to know that the data they share is gonna be secure.

In summer 2021, Apple announced iCloud Private Relay and the MPP technology. The new iOS 15 feature encrypted all the private data — from a user's location to the IP address. Some members of the email marketing community predicted that Apple MPP killed Open Rate, whereas others noticed another detail.

The decision with this update was mainly for the sake of Apple's brand benefit. Only 2-3 years ago, nobody cared about these "spy" pixels, it was a normal thing.

Now we could start speculating that Apple initially launched the technology aiming to destroy Open Rate… Instead, let's look at the situation from another angle:

The impact of this innovation wasn't shocking for those who understood Apple's role in the market.  I think that each individual's opinion is determined by their worldview: whether they're used to believing in sincerity or seeing self-interest in everything.

Apple doesn't promote certain encryption/security technologies; it just focuses on people and their right to control their data privacy. If you tell a person about some complicated cybersecurity features, more than likely, they won't be interested in them. But if you explain to them that these features help protect their private data, it will be a different story. Call it playing with people's fears, but let's do Apple justice: they know how to use this in the modern world. It's people who make choices, not machines, and we should keep that in mind.

Can We Maintain Complete Cybersecurity?

Why companies will focus on cybersecurity and data privacy

In 2022, data privacy will become one of the main digital trends. It's no wonder: just remember Apple MPP, the recent news about Facebook's DNS, Facebook and Instagram's servers going down, or sales of personal data on the dark web. Companies will use users' desire to control their data so that they earn more brownie points. But it's not enough to say that you've upgraded the cybersecurity level: you need to keep both your words and actions consistent.

It means that Apple has set the course for the rest of the market. The companies aren't likely to get rid of some ancient metrics, but they'll certainly sing the same old song about taking care of users and their data privacy. Why? Users like when they're not the only ones who are concerned about their privacy, especially when the one concerned is a company. Corporations will use this strategy putting stress on the technical part of the issue, as people are more eager to listen about technologies and they trust them more. Still, technologies are just a part of the cybersecurity issue.

Other market players are likely to follow Apple's lead spreading more awareness about data privacy and taking care of users. The reason behind it is as clear as day: we're more fond of companies that are as attentive to our privacy as we are.

Businesses will use this strategy emphasizing the technical side of the matter. It's quite ironic that most people are more interested in digital solutions and would rather trust technologies than other people.

How we should approach data security

Before signing an NDA with a partner, any respectable company figures out its own way to provide data security. An original data privacy policy is a must since finances and, most importantly, reputation are at stake.

As for providing data security, we should work in two directions: HR and technical. Don't hire people randomly — make sure that candidates are responsible for their actions and that their work ethics correlate with yours at the hiring stage, before giving them access to the data. Communicate with people, teach them, elaborate on ambiguous cases. Note that it doesn't mean that you should neglect the technical aspect, not at all. The thing is, that companies frequently work only on software, not realizing they're exposing another area.

Our mission is to help people fight temptations and mitigate risks. For instance, our firing process regulations should cover losing access to data after being discharged. All in all, I believe in humanity and data security experts.

How We Can Implement AI

Since we're back to speaking about people, let's touch upon a hot topic concerning making our life easier: will artificial intelligence replace humans in the marketing sphere? According to Gartner, 70% of companies will shift focus from big data to small and wide data, providing a base for AI initiatives. For now, AI may seem like a shiny toy for geeks, but it has great potential.

Today AI is too expensive, so only corporate giants have the resources to work with AI experts. But I'm sure that we'll still be around to witness how AI technologies change the world.

The cost is definitely one of the factors that slow down experimenting with AI. Only big businesses can afford the entry cost. What we're trying to say is that AI development will make a difference only for a limited group of people. This will change only when there's a way to make it accessible to an average user.

It's not hard to find an example: small-midsize businesses make up 85% of the market. Just think of the number of emails sent via different ESPs, Mailchimp being the leader. The thing is that big companies like Microsoft or Ford don't use Mailchimp — the traffic of this ESP comes from small-midsize businesses. So, we're not likely to see AI-based technologies being integrated with Mailchimp. It's just too costly.

I think technology, in general, is a bit snobbish. You could easily scale and drive more revenue by creating this light version.

The situation with AI gets even trickier because of the lack of experts in the field. Companies need more and more professionals as we can't make everyone switch to a new specialty. That's why many enterprises are planning on using AI as "digital slaves" making not only the companies' but the employees' lives easier. Routine and monotonous tasks will be performed by AI, while the employees will get a chance to explore their creative side.

Some experts believe that what we have now isn't really artificial intelligence. How do you like that?

What's called nowadays an AI is not an AI, it's just a program, a protocol, not artificial intelligence. It cannot see the problem and solve it, it just can now notice an issue and notify a user.

Wait, so that means no rise of the machines? The current AI isn't anywhere near the malicious SkyNet. Routine automatization, however, makes our lives way easier and there's more to come in the near future.

Next week, read the third part of our interview series on marketing trends — the leading industry experts will share their thoughts on how UX will change in 2022. You can also check out the first article where we discussed the "death" of the email channel. 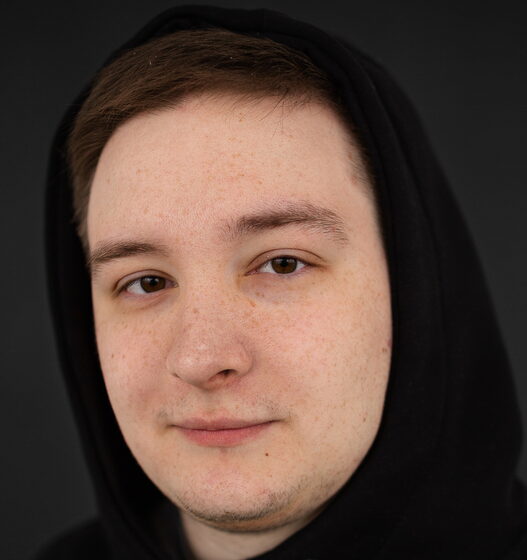